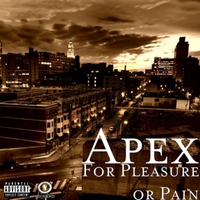 Apex just released 2 new albums titled "Dark Sun Rising" and "For Pleasure or Pain"which was very unexpected. Both of these albums were thought to be released next year, but it seems as if a early release was put into place. Their are also rumors that he will be releasing 1 or 2 more albums this year as well for the sin series; which is set to be completed with the next 2 albums for October. Currently "For Pleasure or Pain" and "Dark Sun Rising" can be found at CD Baby and on Spotify and will soon hit every major global market. 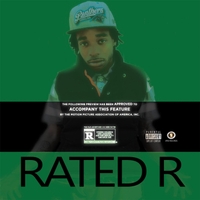 Not new to the game of music is Mr Mel the Riddler. He has just released his second album titled "Rated R" and will be following it up with a mixtape featuring non other than Apex him self. Talk about putting in work for #TeamNoSleep these 2 artist from Apex Records and setting records and pushing their talents to the limits. For those of you who loved "Riddle Me This"; "Rated R" is sure to captivate the listeners as the Riddler talks about past and previous relation ships along with his daily life. "Rated R" can be found in Itunes, Amazon, Spotify, Google Play and every major market for music.
Going Live!
"Show Footage"
Going Live was a hit and the crowd loved it. Originally there were supposed to be 4 artist performing that night representing Apex Studio and Apex Records but instead only 2 performed. There was a late notice from Roc Deneiro that he wanted to perform, but couldn't meet the submission dead lines and Apex did not perform because he had to handle business with other situations. So the show opened up by Subliminal (unsigned talent) and then rocked out by Mr Mel the Riddler (Apex Records artist)  performing, just about every hit song from his new album "Rated R". Don't believe us just check out the video footage for yourself; "Going Live Show Footage"
Comments (0)